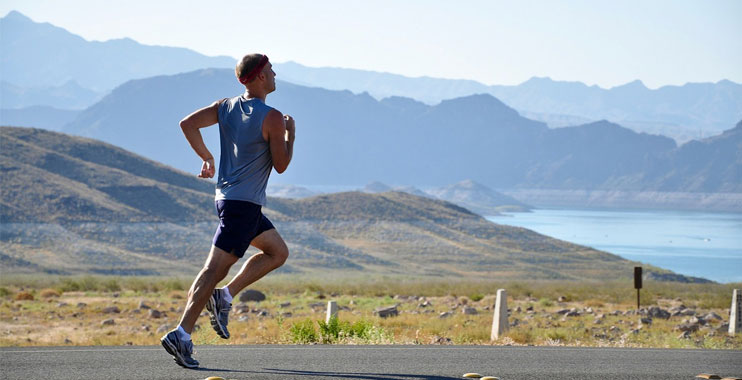 As we run, we become.

I started running in January 2013, almost a year ago. And, even if my close friends already know this, I realised that I never wrote about the reasons I did it for, how it was and what it means to me. A friend asked me, a few weeks ago, half laughing, half serios, if I don’t feel like sharing this experiences with the world. :)

And the truth is that I usually like doing that. But running was one of those things that for a pretty long time I wanted to keep only for myself. The first results I got at competitions, my personal best times and other few articles I had no problem sharing, but the journey I made on the inside was too intimate too share. It still is, at some extend.

I had tried taking on running before. Two or three times, to get rid of some extra weight gained as an over-responsible entrepreneur. Some other time, i tried it because running seemed cool. To be more precise, because I would have liked to see myself as an athlete, even an amateur one. I have always admired athletes and felt sorry that I didn’t have the opportunity of learning “discipline” by practicing a sport, maybe it would have been easier that way.

I would have liked to look in the mirror and see an athlete, but the reality was that I wasn’t. I would occasionaly go to the gym now and then, I would swim from time to time, but those were only solitary activities, which were bringing me some short-term benefits, but which I wasn’t finding nearly as motivating as I would have wanted to. And now I realise why: there were never really part of my lifestyle. That was “Andrei trying to lose weight” or “Andrei trying to be more disciplined” or “Andrei trying out swimming”. It wasn’t “Andrei the athlete”.

A run doesn’t make you a runner, in the same way that a two week diet can’t mean a healthy lifestyle. It’s only a short term burst, a 20 meters sprint. Useful maybe, but something much more different than what I wanted. I wanted sports to be part of my life.

I chose running and I have no clue whatsoever as to why I did it. But one evening, in January, I said to myself “tommorow I’ll start running”. You know, kind of a New Year Resolution, but with a lag of one month, give or take. The next morning I woke up, looked out the window, and it had snowed. I mean really snowed! At my first run, the snow was up to my knees. It lasted 3-4 minutes, that’s all the “Runner” I had in me. :)

It took me more getting to and back from the runway than I was able to run. Short of a kilometer and I felt I would die if i didn’t stop.

I stopped, but after getting home, trying to warm up and feel my legs again because of the snow, I knew that this time I had a good start, and that, no matter if it’s going to take a month or a year, I will make running part of my life. Because this was the first time I felt that it made sense, that it was coherent with what I was. That even if it’s highly probable that I will lose weight, become more powerful, faster, more resilient, it wasn’t only about these things, this time it was more than that.

Are you thinking of changing something in your life?

If you are asking yourself if and how I could help you unlock a situation in which you are stuck right now, drop me a line at coaching@andreirosca.ro